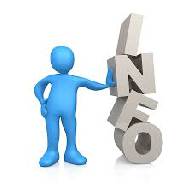 According to the lawmaker, Mr Mahama’s unprecedented record in the area of infrastructure puts him in a pole position of returning to power in 2020.

“We have the infrastructure king coming back,” Alhassan Suhuyini said on TV3 ’s New Day on Friday, November 22.

“His record is unprecedented.”

He pointed out that the current government has proven that talk is cheap as no record of any physical structure is in its name.

He challenged President Nana Addo Dankwa Akufo-Addo to name any infrastructure project he has put up since assuming the presidency in 2017.

For him, former president Mahama will win the 2020 elections to continue with his many projects, some of which have stalled since he left office.

Mr Mahama is credited for a number of roads as well as projects including the E-blocks for new and existing senior high schools.