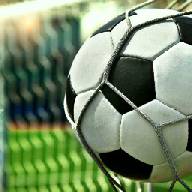 Instead the Belgian has backed either Sadio Mane, Virgil van Dijk or Mohamed Salah.

Up until 2018 where Luka Modric won the coveted honor awarded by France Football magazine, Lionel Messi and Cristiano Ronaldo had staged a duopoly, winning the accolade a record five times each.

“I would give it to a Liverpool player. Mané, Salah or Van Djik deserve it, he told Le Parisien .

“If Sadio had won AFCON with Senegal, there would have been no debate. It would be beautiful if he won it. Or Momo (Salah), who is one of my friends. It would be a good thing for both African and English football.”