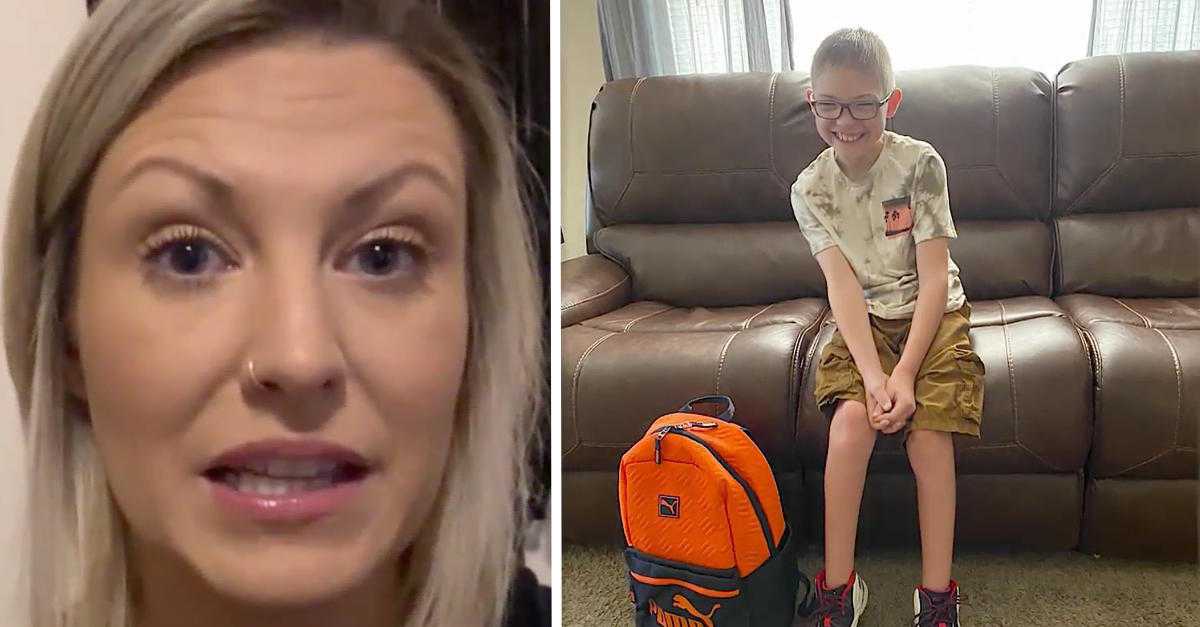 Jaqui Hagerman’s son Austin has Cerebral Palsy. Over the summer, the boy from Oklahoma City underwent surgery on his spine, and he’s been using a wheelchair ever since.

After Austin came home from his very first day at his new charter school, Jaqui was confused when she received an email from his teacher. She was asked to come in for an impromptu meeting.

Jaqui claims the meeting was held between her, Austin’s teacher, and the school principal — and that they wasted no time in revealing the reason for the meeting.

“I walked into a meeting and was told immediately that my son went to the bathroom six times yesterday.”

She said she was then blindsided to learn that Austin was being “dismissed” from the school after his first day, and that the school could not accommodate Austin’s physical needs.

Austin was heartbroken. “He started telling me that he was willing to not use his wheelchair, and use his walker, if they didn’t like his wheelchair,” Jacqui told KFOR. “He was seeing it as he was the problem.”