Coronavirus: How we faced redundancy in lockdown 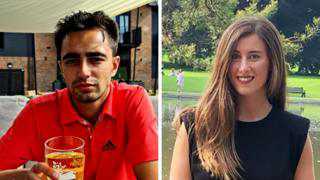 Young people are bearing the brunt of rising unemployment, with 16-24 year olds losing more jobs than any other age group. Radio 1 Newsbeat has been speaking to some of them about how it feels when you're made redundant in a pandemic.

"I was with British Airways until March, when I was made redundant," she says.

"And then I was supposed to be starting with EasyJet mid-pandemic and lockdown, and they made me redundant before I could even start with them.

"I feel like I might need to take a little break for a while and wait for the industry to pick up again before I can think about applying for another airline."

Danielle says it's been a really tough time for her colleagues in the airline industry, but that they've been in constant contact, offering each other emotional support.

"It's a shame because I did want to make this my career - it suited my lifestyle and my personality.

"It's quite degrading, knowing I have to find a job for money, which I feel might bring me down a little bit but I'm going to try and keep positive," she says.

I got a job after 280 rejections

Jobless in the pandemic: It's hard to stay positive

She says the uncertainty of not knowing if she was going to lose her job has increased her anxiety - and there's been a lot of "ups and downs between a positive mind set and a stressed one".

Tom Amber lost his marketing role during the pandemic, which was his first job since graduating last year.

"I was frustrated initially because I was made redundant before the furlough scheme expired and my company had grown last year's revenue," he says.

"It feels like lots of corporations are not being very human or factoring in the Covid situation."

But Tom's going to take the setback and turn it into a positive.

Rather than look for a new job, he's going to take the redundancy cash and use it to go travelling around South East Asia.

"I never thought I'd have the funds to travel properly so this has changed my outlook.

"Two weeks before my redundancy news I was in the process of getting a mortgage, now I'm willing to not have one for several years," he says.

Redundancy happened to Lucy Hart for a second time last year - but it's taught her some practical advice she thinks could come in handy for those feeling anxious at the prospect of finding a new job.

She's spent a lot of time working at start-ups, which often fold if they fail to make a profit.

"It all came as a bit of shock - I'd never really prepared for what would happen if I suddenly didn't have my job," she says.

"I thought I had two months to find a job and actually had one, which is quite a big difference for for that kind of thing.

Lucy says she's learnt a lot about how to prepare if you think you might lose your job.

"It's worth doing some prep like updating your CV in advance," she says.

"One thing I find useful is writing down your achievements at the job you're at now - having a bullet point list ready.

"Also start conversations with people who work at companies you're interested in, not necessarily formally applying but following people on LinkedIn and reaching out."

She says you shouldn't be nervous about talking to your employer because they might have an idea of what other jobs you could be suited to in your industry, or where you might be able to find work.

And one last piece of advice?

"Save enough money for like two months of rent - that was quite a surprise to me!"