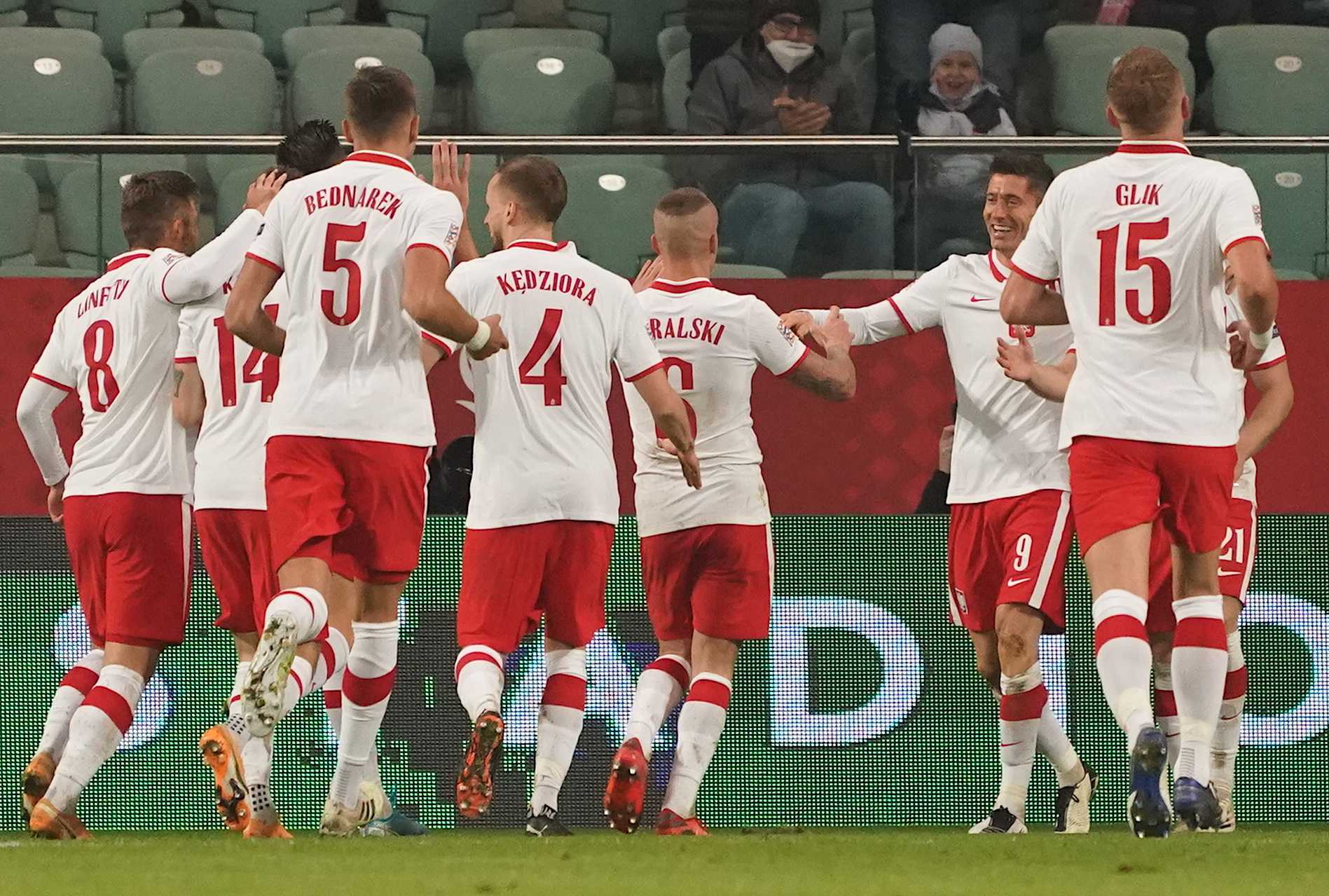 Portugal, winners of the inaugural Nations League, shrugged off the absence of Ronaldo because of a positive COVID-19 test as they beat Sweden 3-0 in Lisbon.

Liverpool’s Diogo Jota set up Bernardo Silva for the opener then scored two of his own, one either side of half-time.

“This team will always be better with Cristiano, but they showed they can still compete,” said Portugal coach Fernando Santos.

Meanwhile, the prolific Robert Lewandowski scored a brace as Poland beat Bosnia and Herzegovina 3-0 in Warsaw. Karol Linetty got the other goal and Poland are top of Group A, a point above Italy and two ahead of the Netherlands.

The Dutch came from behind to draw 1-1 with Italy in Bergamo, with Donny van de Beek netting for Frank de Boer’s side after Lorenzo Pellegrini put Italy ahead.

After edging Israel on penalties to reach the Euro qualifying play-off final, Scotland beat Slovakia 1-0 at the weekend.

They are now unbeaten in eight matches and are four points clear of the Czechs at the top of League B, Group 2, and five ahead of Israel who came from 2-0 down to win 3-2 in Slovakia with a hat-trick from PSV Eindhoven’s Eran Zahavi.

In Group 4, Wales won 1-0 in Bulgaria with a late Jonny Williams goal.

They are unbeaten in eight competitive games, and Ryan Giggs’ side are top with 10 points, a point ahead of Finland.

Stephen Kenny is still waiting for his first win as Republic of Ireland manager after a 1-0 defeat in Finland left his side out of contention for top spot in that group.

Before 8,000 fans in Helsinki, Fredrik Jensen scored the only goal, as he did when the sides met last month in Dublin.

Turkey came from 2-0 down to draw 2-2 with Serbia in Group 3, which is topped by Russia who were held 0-0 by Hungary in Moscow.