‘I feel the wind behind my back’: Nigerian WTO candidate 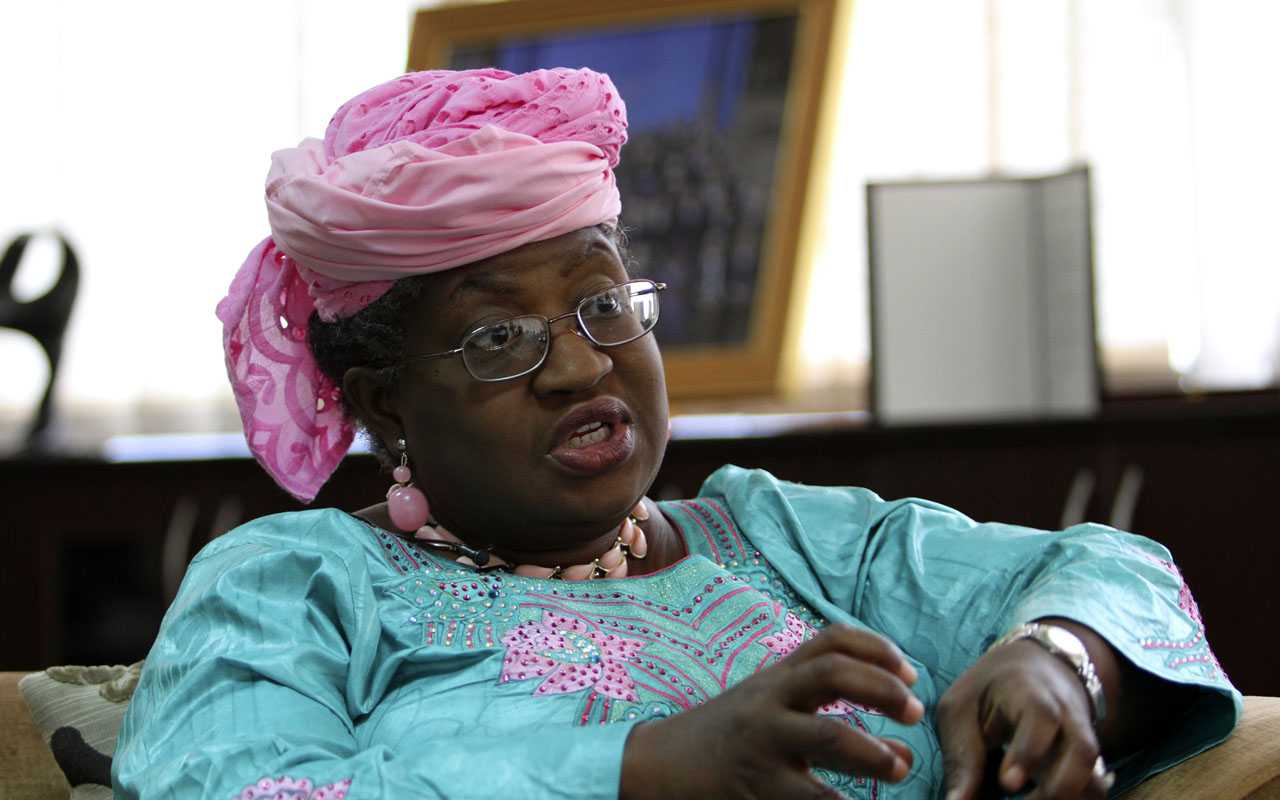 Nigeria’s Finance Minister Ngozi Okonjo-Iweala speaks during an interview with Reuters in her office in the capital Abuja August 24, 2012. Nigeria is looking at issuing a Eurobond worth up to $1 billion next year to fund its power and gas sector reforms, taking advantage of the country’s likely inclusion in a JP Morgan emerging market index, the finance minister said on Friday. To match Interview NIGERIA-FINANCES/ REUTERS/Afolabi Sotunde(NIGERIA – Tags: POLITICS BUSINESS)

Nigeria’s Ngozi Okonjo-Iweala voiced confidence Friday in her quest to lead the crisis-wracked World Trade Organization after all of Africa backed her candidacy, vowing she would champion reform.

“I feel the wind behind my back,” she told a virtual press briefing after the 55-member African Union officially supported her over her sole remaining opponent, Yoo Myung-hee of South Korea.

The global trade body is set to be led by a woman for the first time whichever of the two candidates is successful in their bid to follow Roberto Azevedo, who stepped down as WTO director-general in August a year ahead of schedule.

Okonjo-Iweala, 66, who served as her country’s first female finance and foreign minister and has a 25-year career behind her as a development economist at the World Bank, said it would be good if WTO could also boast its first African leader.

“If that person is African and a woman, I think that is great. Because… neither an African nor a woman has led the organisation,” she said.

But at a time when the WTO is engulfed by multiple crises, she stressed that the new chief must above all be highly skilled in political and diplomatic negotiations, as well as at the managerial level.

“The WTO at this time with the challenges it confronts needs a very competent Director General who is able to have the political reach and stature to be able to do reforms and deal at very high levels,” she said.

“It is not only having those skills, but having them all meet in one person at this juncture when the WTO needs that.”

‘Reform candidate’ Even before the Covid-19 crisis hit, the WTO was already grappling with stalled trade talks and struggling to curb tensions between the United States and China.

The global trade body has also faced relentless attacks from Washington, which has crippled the WTO dispute settlement appeal system and threatened to leave the organisation altogether.

Okonjo-Iweala said she had broad experience in championing reform and was the right person to help put the WTO back on track.

“I am a reform candidate and I think the WTO needs the reform credentials and skills now.”

The initial pool of eight candidates for the WTO’s top post, which has been whittled down over two rounds of consultations, had included three Africans, and the AU had until now refrained from offering an official endorsement.

The third and final round of consultations seeking to establish consensus around one candidate is due to begin next week and end on October 27, with the announcement due in early November.

Okonjo-Iweala said Friday she was thrilled to learn that “all African countries are getting behind me.”

In addition, she said, a group of Caribbean and Pacific states had also said they would back her, bringing the number of countries officially endorsing her candidacy to 79.

She also said she felt “optimistic” about her support in Latin America, and said she felt she had gotten “very good traction and good support” in Asia so far.

The European Union was meanwhile due to announce its preference “soon”, she said.

“I feel quite confident that across the regions, we will be able to attract” support, Okonjo-Iweala added.