The electric form of Dominic Calvert-Lewin has been one of the stories of the 2020/21 campaign so far – and it continued during an eventful Merseyside derby.

The Everton ace is Europe’s most in form striker with ten goals in seven appearances in all competitions – the most of any player in the continent’s top five leagues. 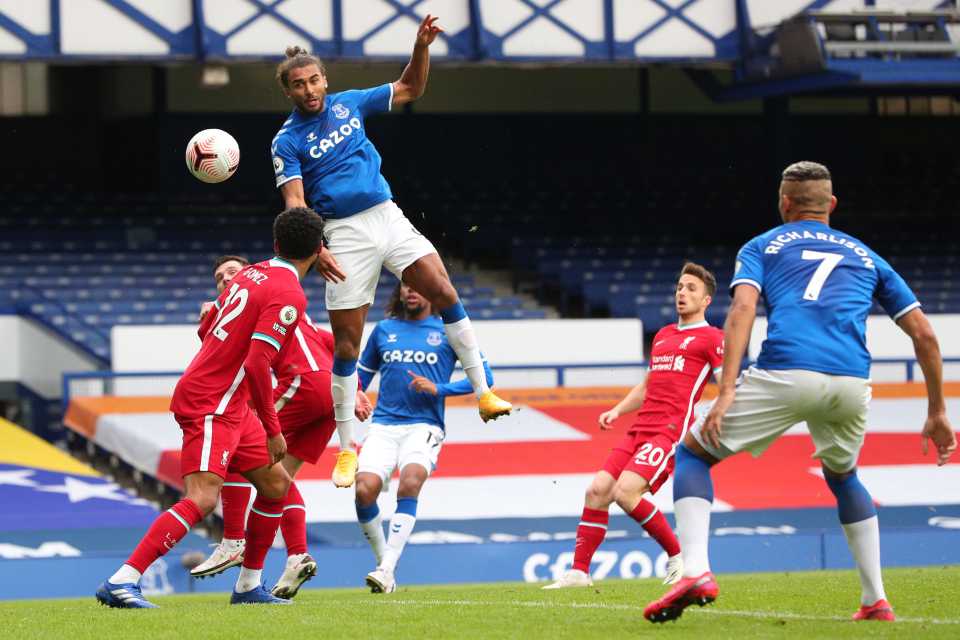 AFP or licensors 1 Calvert-Lewin climbed into the heavens

And with his equaliser during the 2-2 draw at Goodison Park, he became the first player to score in each of Everton’s first five league games in a season since Tommy Lawton in 1938-39.

The England international channelled his inner Cristiano Ronaldo with a stunning leap to ensure Everton nicked a point off their Merseyside rivals.

But the main talking points will be Jordan Pickford somehow escaping a red card and a marginal offside call by VAR which denied Liverpool a last-gasp winner.

Jurgen Klopp’s side got off to a blistering start as Sadio Mane slammed them in front but Liverpool lost star defender Virgil van Dijk minutes later after he was scythed down by Pickford, who was lucky to escape a sending off.

Michael Keane levelled the scores with a glancing header from a corner but Salah restored the away side’s lead on 72 minutes.

Man of the moment Calvert-Lewin didn’t have many chances but made his big one count with a towering header.

Richarlison was sent off for an awful challenge on Thiago Alcantara and it looked like Liverpool had won it in stoppage-time as Jordan Henderson struck through Pickford.

But the Toffees and their keeper were spared by Mane being offside in the build-up with the most marginal VAR call.