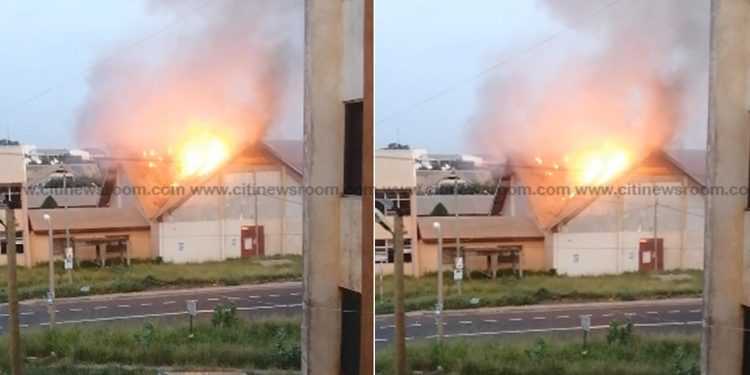 Fire has gutted some parts of the Sakumono school complex.

It is unclear when the fire outbreak started.

An eyewitness told Citi News personnel from the Fire Service had been called in to douse the fire.

“When we came out we realised that the middle part of the school complex was on fire, so I decided to call 199. After thirty minutes I called the Fire Service, and they told me they were on their way so as I speak to you the Fire Service personnel are fighting the fire.”

This incident follows a similar one at the Kwame Nkrumah Circle interchange a day ago.