Uganda Protest: Death Toll Rises To 19 As 46 Are Admitted 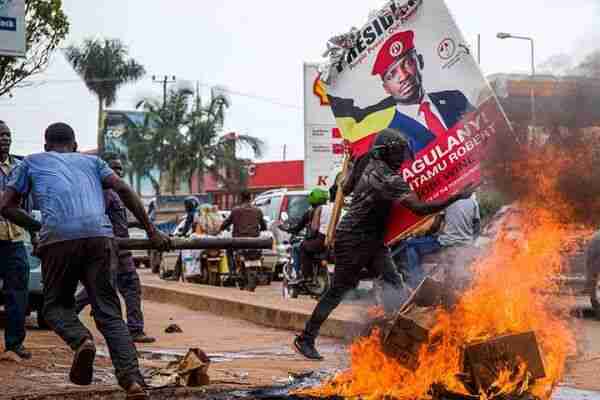 The number of deaths in the ongoing protest in Uganda has risen to 19 after three bodies were brought in on Thursday.

It was the second day of protest in the country following the arrest of opposition leader and upcoming election candidate Robert Kyagulanyi well known as Bobi Wine by police forces.

Confirming the latest news was the Observer who noted that of the 16 bodies received earlier comprised of 15 men and 1 woman. The bodies have already been processed pending issuance to their families.

Some of the causes of death include teargas suffocation, gun shot wounds and hit and run accidents during the running battles.

One of those speaking to the media outlet confirmed to have lost her husband and brother who were shot dead as he tried to hide in a maize plantation.

Heavy police presence was also witnessed at the mortuary as families arrived to pick the bodies of their loved ones.

Police have since warned the youth from participating in the chaos and that the police will do all they can to maintain peace.

A number of police officers have also sustained injuries following attacks from the supporters of Bobi Wine as they removed tyres from the road.