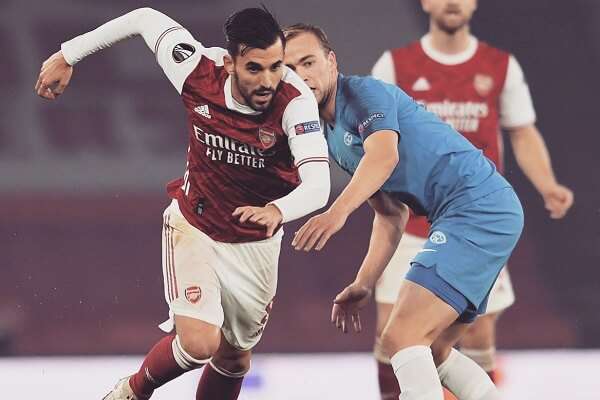 Arsenal coach Mikel Arteta has spoken for the first in regard to a fight between Dani Ceballos and David Luiz during training.

The Spaniard confirmed that it is normal for players to disagree during training and the matter is usually solved immediately.

He was speaking after reports emerged that Dani Ceballos sustained a nose injury during the fight something that he himself denied terming it fake.

Arteta who was again quizzed on the matter jokingly admitted to having a poor eyesight thus the use of indoor training.

Both Ceballos and Luiz were left out of their teams international games as other first team players absent due to internation duties.

New Arsenal signing Thomas Partey sustained a strain on the thigh during their 3-0 loss to Aston Villa last week.

His situation is being accessed and is set to miss this coming fixture against Leeds set for Sunday.