Amazing! Meet The Conjoined Twins In The World, Their Age, Stories And What Happened To The Other When One Dies 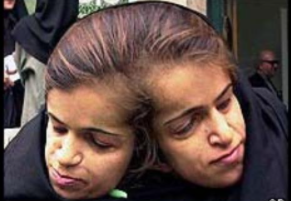 Sometimes it is very good to understand how God does his things, created men and gave them the chance to give birth to replenish the earth. Due to this, men and women are very eligible to give birth to the same kind. It comes in single, twins; Siamese or even conjoined.

Conjoin twins which are also known as Siamese Twins are identical genetically, they develop from the same egg, and most often share important human organs and limbs.

At our table today we want to dive into today’s issue to be discussed "Conjoin twins".

Even though some are dead but others too exist. Landan and Laleh Bijani always had problems with themselves and this is what happened.

First on our list is Ladan and Laleh Bijani 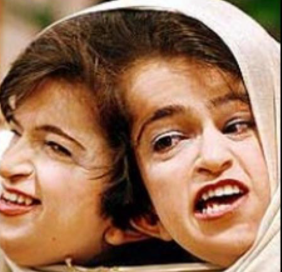 Ladan and Laleh Bijani were born in the year 1979 in Iran. They got lost in a hospital in Iran when the doctor who was responsible to take care of them fled to the United States Of America during Islamic Revolution. Due to this sad issue, Ladan and Laleh Bijani were taken care of by another doctor who is called Alireza Safan. The girls were years later reconnected to their real parents but decided to stay with Dr Alireza Safaian.

READ ALSO:How A Wicked Family Murdered Their Own Daughter For Going Against Tradition Revealed (Photos)

Ladan and Laleh had their differences and most often opposed each other on what they wanted to do with their lives. One wanted to go to law school while the other wanted to go to school for journalism; one liked going out and the other doesn’t like it because she is shy of their situation. Due to this kind of difference, they wanted to be separated since they were kids. But because the two were joined at the head, many doctors refused to do that kind of surgery because it was very dangerous, they might lose two or one of them. 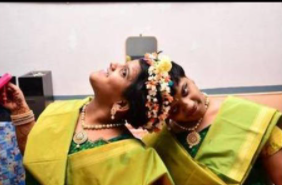 Ladan and Laleh finally met with a neurosurgeon from Singapore in the Year 2002 who had been successful in separating twins joined at the head before. The Doctor warned Ladan and Laleh about the dangers involved in their situation when it comes to surgery, but Ladan and Laleh still insisted on the surgery. Above 26 surgeons and over 95 staff members of a hospital performed the operation on them, but unfortunately after the operation,large amount of blood loss and some difficulties, the two twins sadly passed on hours later.

Second, on our list is Daisy and Violet Hilton 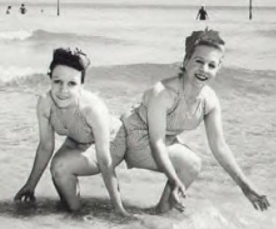 These types of conjoined twins were born in the year 1908. Their mother who is 19-years old worked in a bar and unfortunately sold out the twins to her boss, who made them very famous, sending them around the world. They had actually attracted lots of attention in Germany. They became free from their boss in the year 1931 and from there bolted to vaudeville, where they named themselves the Hilton Sisters. 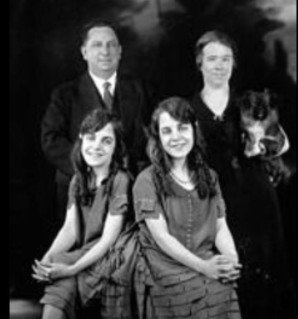 They ended up in Florida after one of their performances, marrying, and divorcing, where they had a hamburger stand. The sisters ended up in North Carolina after a public appearance and ended up with a gig at a grocery store until they both died in the year 1969. 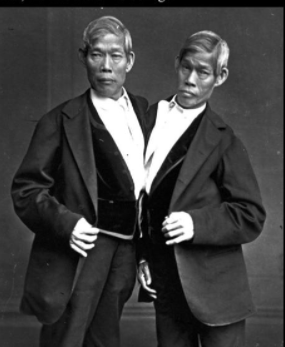 These twins case is very rare; they have two hearts, two sets of lungs, and two separate brains. That’s very amazing. One twin directs the right side of the body whiles the other twin directs the left side, but the two move together, ride a bike, navigate their daily lives with ease and have two drivers licenses.

This is wonderful right?

Abby and Brittany Hensel have been happily showing in lots of magazines and moreover on talk shows. They were brought to earth in 1990. Right after their birth, Doctors told their parents they may not survive the night, but 22 years later, the two are in college now.

As every normal conjoined twin do, Chang and Eng Bunker visited lots of places around the world as entertainers and got lots of money as medical wonders and spectacles. the two sisters got married and settled in North Carolina. They then gave birth to more than 20 children. yes, 20 normal children.

Chang and Eng Bunker were born in the year 1811 in Siam, Thailand. Their livers were fused together and could have been easily separated with modern medicine, but because the surgery was very complex during their time, the two couldn't do it and were conjoined to date.

Lori and George here were born in the year 1961. These twins are conjoined together at the head. Their brain matter is 30 per cent shared. They were released in their twenties after growing up in an institution in Pennsylvania.

This twin is popularly known by their stage name  as 'Reba Schappell.' George has showcased his Music talent Internationally, Singing country music and has an L.A. Music Award for Best New Country Artist to his credit. He sang a track for Hollywood films with the track name 'Stuck on you. Gorge was baptized in 2006 at the Church of Jesus Christ of Latter-day Saints. 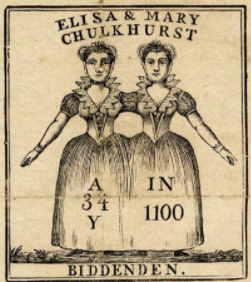 Donnie and Ronnie Gaylon were born in Ohio in the year 1951. After birth, their mother abandoned them for their father and stepmother to take care of them. they are the oldest living conjoined twins on records .this twins are joined from the groin to the sternum, sharing all male organs. They were also sent to places like the United States of America and Latin America, where they got a lot of money to support their family as sideshow acts for more than 30 years. They still appear on televisions and are currently living in Ohio.

These conjoined twins were born in the year 1851. Their parents Happen to be slaves in North Carolina. At a very tender age, these twins were sold to lots of showmen. They were later on kidnapped by a different showman and sent to the United Kingdom. This showman was later forced to bail the twin girls because slavery was outlawed in the United Kingdom. They were finally released so Millie and Christine reunited with their parents again. They were also sent to places like the Barnum circus and they also made public appearances. They passed on at age of 61.

READ ALSO:Surprising! Meet The Richest Family In The World That Worship Satan And Marry Themselves

Actually, both twins died at the same there hasn’t died and left the other.

In case you know of any conjoined twin who died and left the other kindly share with us in the comment section.

WATCH THE VIDEO BELOW: