NAKED TRIBES OF AFRICA: A Look Inside The Koma Tribe Of Cameroon And Nigeria That Buried Twin Babies And Their Mothers Alive As Part Of Tradition 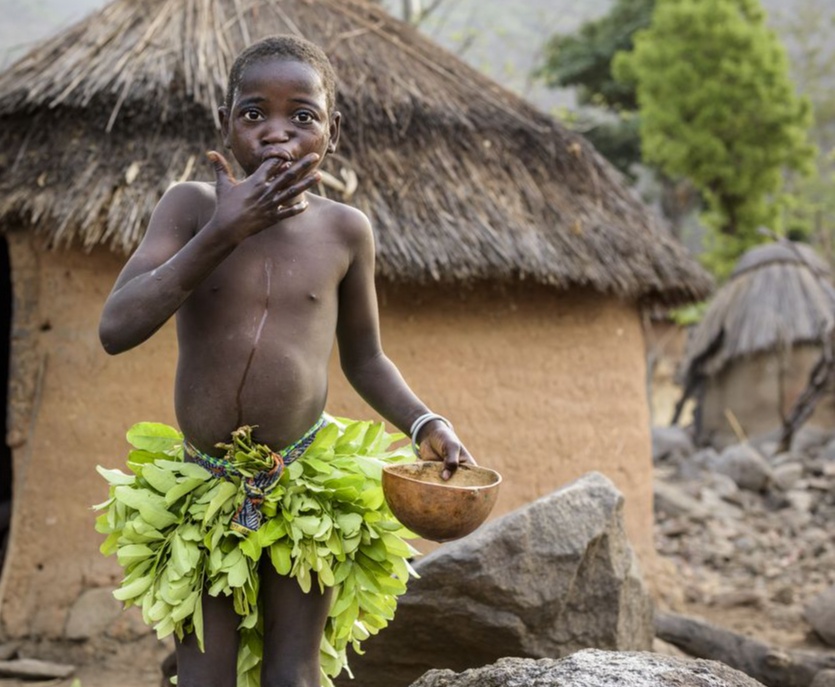 As Africans, our diverse cultures define our way of life. Culture gives a person a sense of identity and belonging. You take away a person’s culture and you almost take away who they are. Now, we all know that the continent of Africa is a land filled with various beautiful cultures. Now even though I’m a proud African myself, some of these cultures are downright bizarre and can literally give you chills. However, I think the preservation of a tribe’s culture is a beautiful thing and should not be overlooked. Today, we are going to take a look into the Koma African tribe that has kept its unique culture although some of the bad ones have been scraped off. You see, when the Koma people were recognised as Nigerians in 1961, along with the old provinces of northern Cameroon, many of them were believed to have been hiding in their mountainous territory for a very long period of time.

READ ALSO: WE HAVE LOST EVERYTHING! South Africa's Misery And How It Fell Into Violent Riots, Looting And Chaos Since The End Of Apartheid Rule In 1994 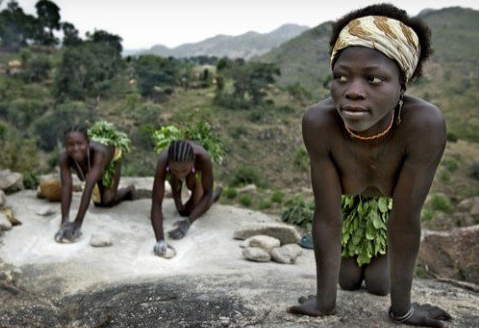 The Koma tribe occupies the Alantika Mountains in Northern Adamawa State in Nigeria and in Northern Cameroon at the southwestern side (Faro National Park) of the border at Adamawa State. After their discovery, a lot  of Nigerians described the Koma people as primitive and pagan and even named the mountain on which they lived as Alantika which means “Allah hasn’t yet arrived” in Kanuri language. This is because the Koma people surprisingly still preserve their ancient customs and other religious practices despite being surrounded by Islamic societies. Probably, a shocking fact that was discovered among the Koma tribe was that giving birth to twins was regarded as evil, and twins were considered an abomination to that extent. Until recently, twin babies and children of multiple births used to be buried alive with the mothers who gave birth to them. Although this vile act of killing twins killing is no longer practised among the Koma people, historical accounts suggest that this ancient practice is still happening in some settlements on the hills. Want to know more about this tribe? Here is what you need to know about the Komas, a unique settlement with an average population of about 400 people per village.

READ ALSO: MUST READ! Over 160,000 People Sign Petition To Stop World's Richest Man, Jeff Bezos From Returning To Earth After Fulfilling His Dream Of Travelling Into Space

History of the Koma Tribe

The large population of the Koma tribe which is located in the foothill and plains of the Alantika or Adamawa mountains has a unique history that stems from the response to the abolition of the slave trade and slavery, as well as various colonisation policies adopted from 1900-1960. According to historical accounts on Trip Down Memory Lane, “German occupation of the area was shortlived and rather ineffective. The Fulani overlords (the Lamidos) continued to rule the Koma and extort taxes from them by organised raids to the hills. With the conclusion of the first World War, the Germans renounced their claims to the Cameroons in favour of the Allied Powers. As a result, the Adamawa area, which includes the Koma, was placed under British Mandate. “A year after Nigeria’s independence in 1961, as a result of a plebiscite the Koma became recognised as Nigerians along with the old Adamawa/Saduana provinces of the Northern.”  The Koma-Vommi District is currently one of the seven districts in the Ganye local government area, with its headquarters at Nassarawo in the plains, where the District Head of the Koma people is located. The Koma tribe is also divided into three main groups; that is the hill-dwelling Beya and Ndamti, the Vomni and the Verre lowlanders. Like most tribes, the Koma people also have their own language, known as Koma, with about 61,000 speakers. 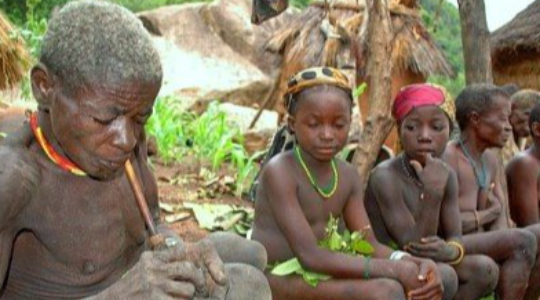 Back in the biblical days in the Garden of Eden, it was totally acceptable to go nude but now man has evolved and so has our mode of dressing. Although young people and some men in resettled areas wear modern clothes, a large section of the Koma people still clothe themselves in their traditional attire. Interestingly, the women use leaves to cover their private parts like in the Bible stories while men wear loincloths and animal skins with many children going totally naked. Another unique custom of the Komas is that Koma men may share their wives with friends, as a form of acceptance. In cooking, the Komas still use traditional salt (Mangul) produced from the hills and a special oil produced through a natural technology that is not common to other ethnic groups in its environs.

As part of their tradition, inheritance in the Koma tribe follows the matrilineal lineage. When a woman dies, her daughters inherit her farm, livestock, utensils, beads, and other working tools. Any form of nut products is therefore regarded as a woman’s exclusive property, while bows and arrows belong to the first son of the deceased man. 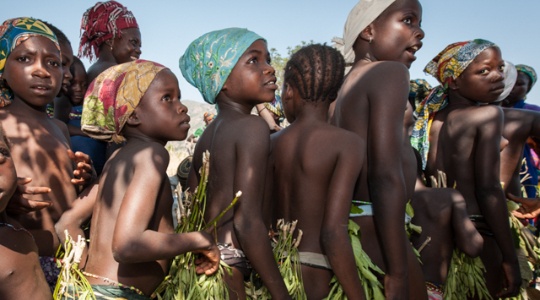 Like most cultures, the Koma people also believe in the existence of a supreme being called Zum or Nu, meaning the sun. Their neighbouring Chamba tribe also use the same word Su for the sun, as well as for Almighty God. The Koma people also have local deities that they call on known as Kene when faced with challenges in health, strength and fertility. Each household has its Kene. As part of promoting their cultural and ethnic identities, marriage among the Koma is endogamous; that is marrying only within their tribe and polygynous (having more than one wife at the same time), though levirate (marrying a deceased brother’s widow) is also allowed. It is documented that, between the ages of 10 and l4, Koma children undergo puberty rituals that involve circumcision for boys and extraction of teeth for girls. These rituals are to prepare them for marriage and also to show a sign of maturity. 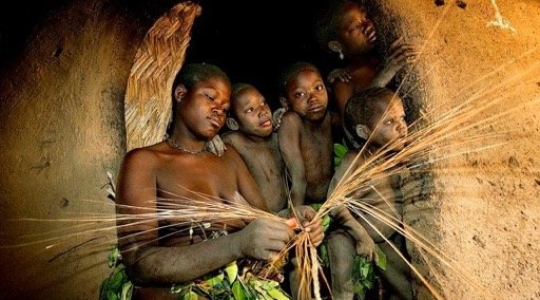 Women have their own separate farms from men

Koma people engage in farming, hunting and gathering as their occupation. Apart from hunting, both men and women also engage in weeding and gathering as well as cultivation. Though Koma women often have their own farms separate from the men, both s3xes sometimes help each other on their respective farms. Usually, younger children take care of the babies at home in the hills while their parents go to the valleys and plains to tend to their farms. Since markets do not exist in the hills, Koma women usually bring their produce such as millets, guinea corn, and tobacco down for sale, particularly to the lowland markets of Betti, Choncha and Karlahi. The women then use the proceeds from their sales to buy stuff they need for their communities.

The Traditional Custom Of Flatulence During Festivals

Okay, so this may seem like a disgusting tradition since most people perceive farting to be uncouth but not to the Koma people. Interestingly, according to a documentary by Alain Baptizet, Koma medicine men engage in long farting sessions during public dancing ceremonies. They train with a master and fart for hours on end. Now, when the area around the anus becomes irritated from persistent flatulence, it is soothed with a healing powder, according to sources. This ridiculous practice of flatulence is believed to have come from the mockery of straight-laced and Muslims, who used to enslave Komas and drove them to the hilly areas where they occupy now.