This Is Serious: Meet The Woman Who Is Determined To Break The Worlds Record Even If She Ends Up Losing Her Life At The End 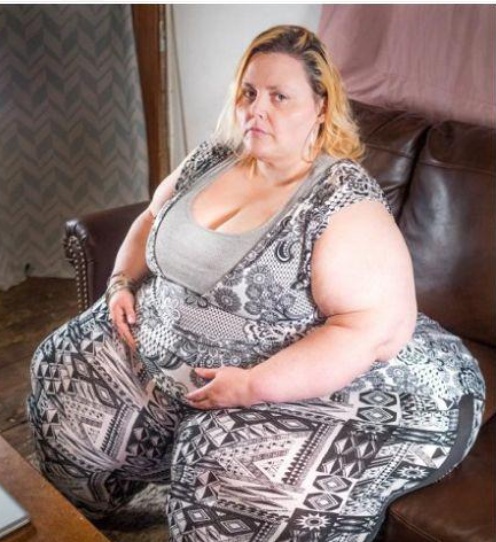 This Woman Is very Determined To Break gunnies book of records For Biggest Hips In The World, Even If It Kills Her.

A 43-year-old woman who is from Pennsylvania, United States of America has set an extreme “summer bod”, goal and a target for herself: to beat the world record for the world’s largest hips held by one Mikel Ruffinelli who measures a whopping 99 inches. Bobbi-Jo Westley currently weighs like 542 lbs and her hips, a whopping 95 inches. She uses her hips as a money-making machine as Fans of Bobbi-Jo will buy and trade her lots of pictures online and she even arranges “crushing” sessions for her biggest fans – who pay for her to sit on them and squash them. She said: "My hips are what makes me unique among others. It's what makes me 'me'.

Read Also:Meet  Saddam Hussein The Most  Cruel Leader  The World  Ever Experienced  In The World And How He Ended Up

When I noticed that there were men out there who actually like my shape, I was kind of surprised and shock because looking at the kind of weight I weigh, I never imagined I could be attracted by men. I get all kinds of presents and messages from my fans and unknown admirers, some of them ask 'will you marry me?' which is kind of hard because I'm already married." 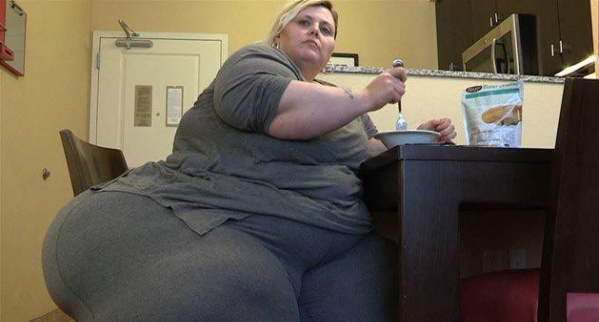 The 5ft 2in the woman also faces a lot of backlashes online from trolls: “When I get people on social media who say I am fat, I really don't react to it. Because I know pretty well that am fat."

Bobbi-Jo’s size has prevented her from doing a lot of things like her everyday activities, and even walking across a room can leave her breathless. A nutritionist that recently visited Bobbi-Jo at home gave her an ultimatum: she needed to lose weight or she could risk dying untimely.

Despite Bobbi-Jo struggles when she just take a stroll in her room, and this warning, Bobbi-Jo is determined to gain the extra four inches and be the owner of the world’s biggest hips – and she won’t consider losing weight until she has achieved what she ever wanted. She explained that: "I am worried about my health sometimes because of my size – I know that it is not healthy at all for me. 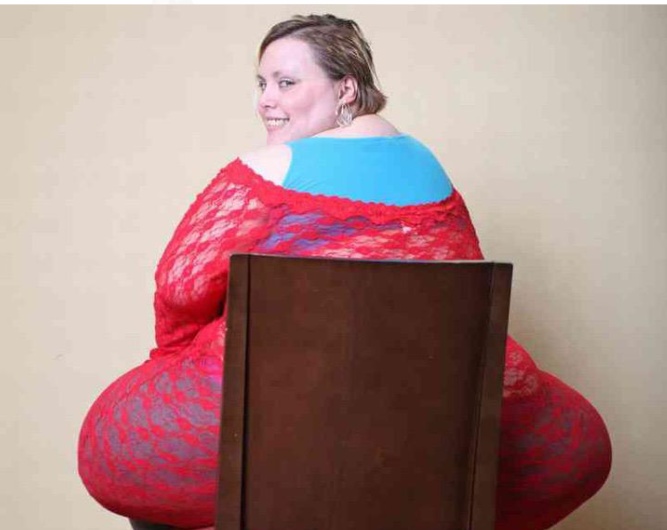 This picture below shows the Woman with the Widest Hips in the World currently; 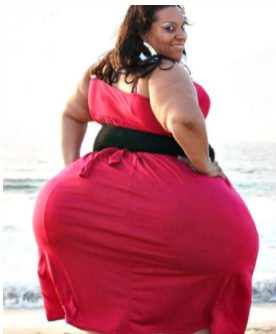 Read Also:Amazing: Meet The First Ghanaian Chief Of Defense Staff  Who Was Named after A Korean Ship