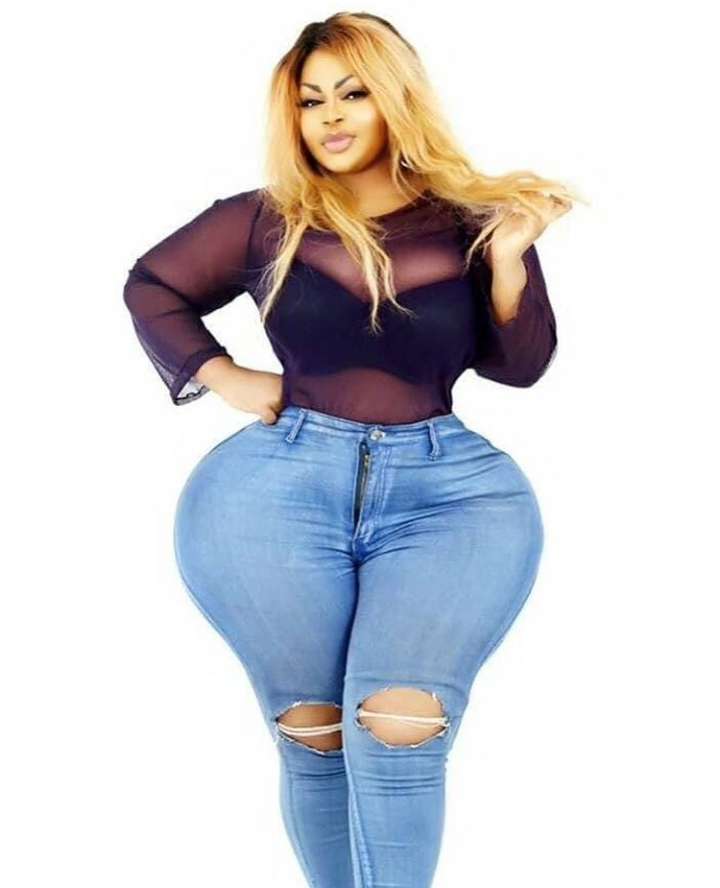 Flaunting of luxury and and lifestyle has become very common, especially now that social media has taken over. People go as far as posting their wardrobes and houses while taking their viewers on tour. Nowadays, when you hear ' wardrobe' , it is not just a piece of wood but a whole room or even double rooms filled with expensive clothings, shoes, bags and other fashion accessories. 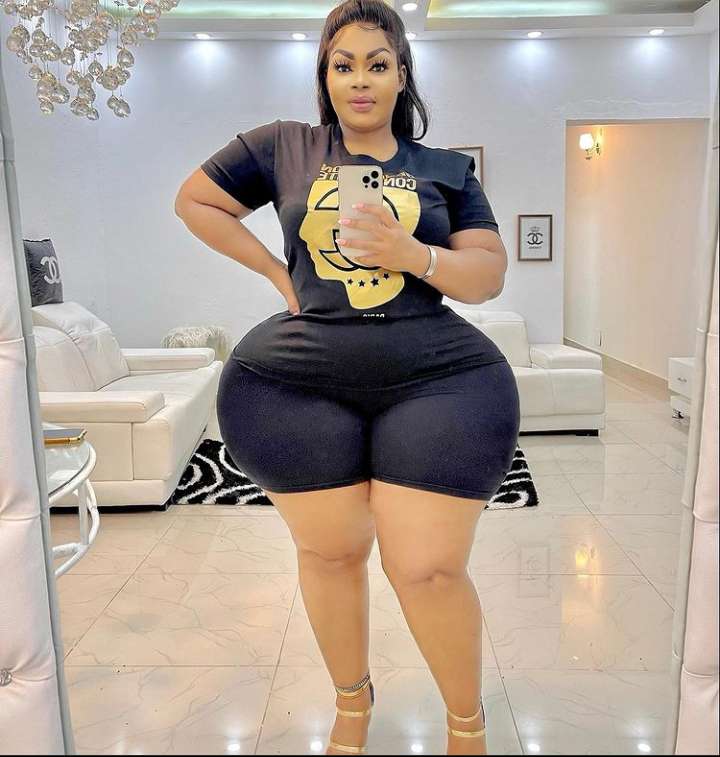 Eudoxie Yao is an Ivorian model and an actress, she is very curvy and well built in the right places. She flaunts her body on her Instagram pages plus her luxurious lifestyle. 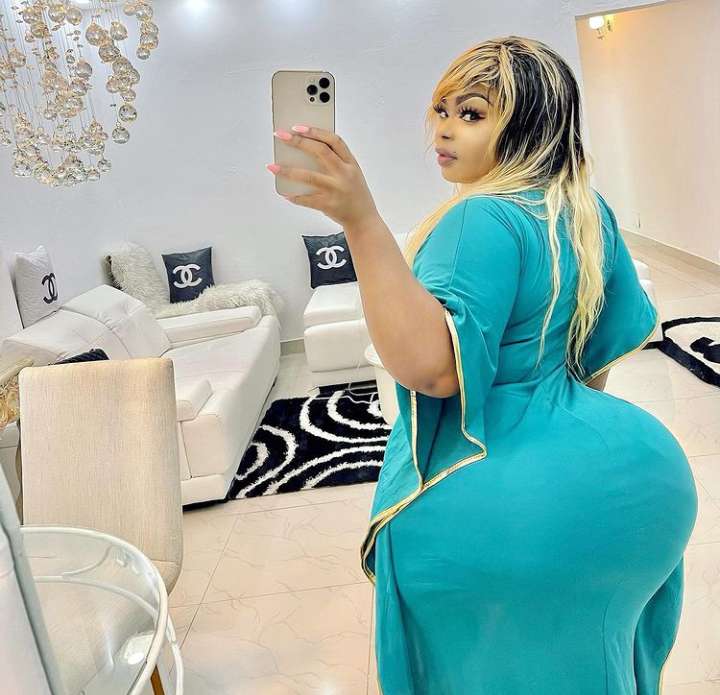 Today, she posted a video of herself dancing in her wardrobe. The song she was singing and dancing to is a French song which is her country' s lingual franca. The camera kept changing positions in order for people to see her expensive bags and shoes.

Recall that Eudoxie and Moussa Sandiana Kaba also known as Grand P got engaged in 2020.

Moussa is a Guinean singer, actor and politician. He became known for his love affair with the Ivorian model and socialite, Eudoxie Yao. 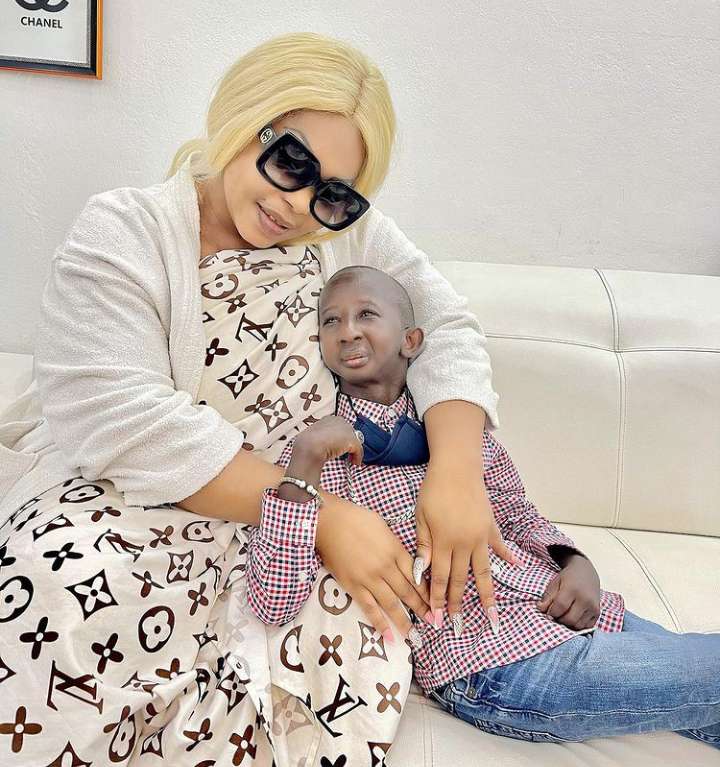 After their engagement, not just after, up till now, people still murmur about these two lovebirds because they are the opposite of each other. While Eudoxie is very big and curvy, Gran P look rather small and fragile. Even though he is just 31 years old. 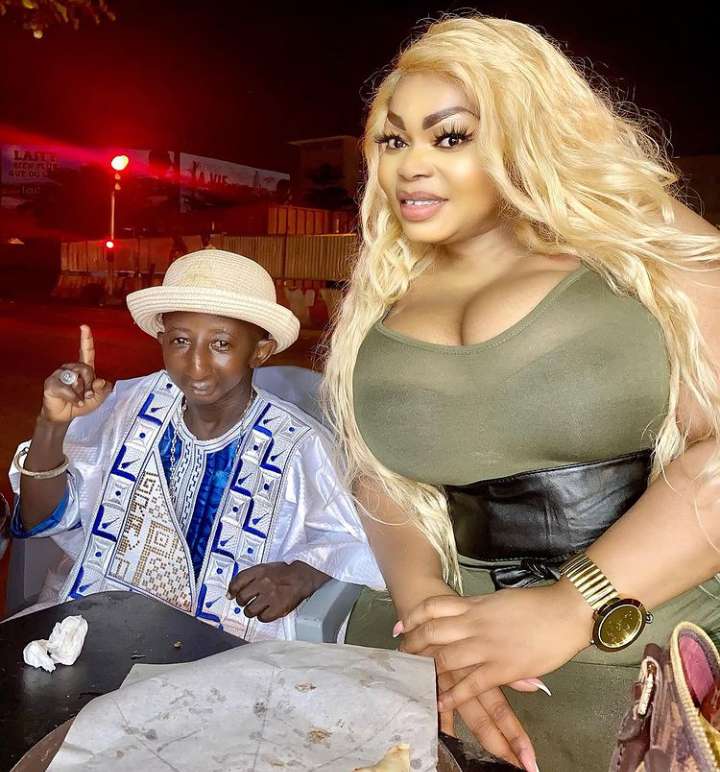 According to research, Grand P has a condition known as Progeria. This is a very severe and uncommon genetic disease characterized by premature aging that begins at birth. This makes the size of the patient to stop at 1 meter or at most 10, also, they weigh nothing less than 25 kilos. 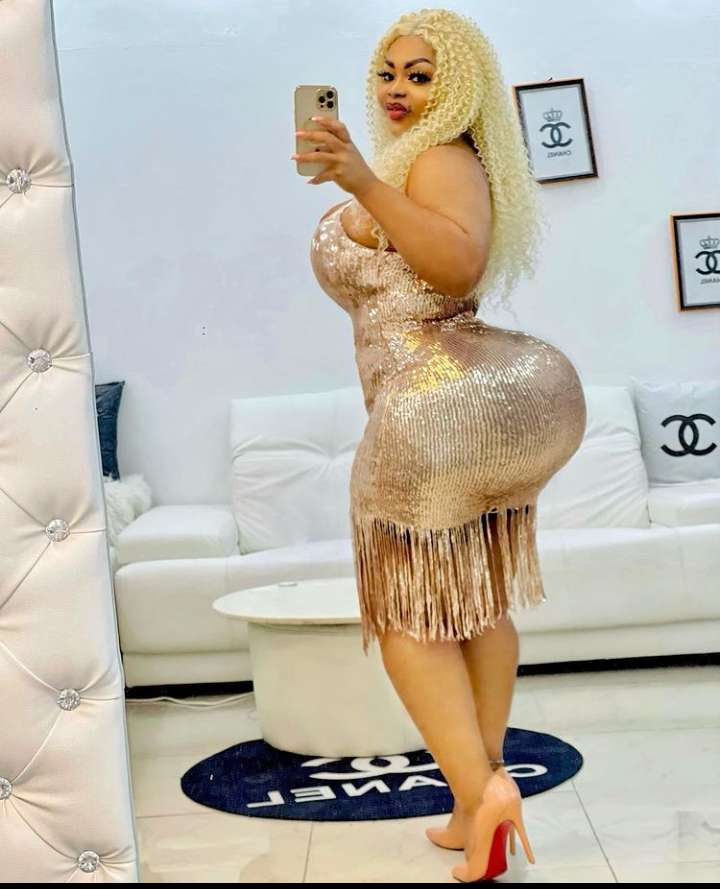 Both couple seem very happy in all their videos and pictures, but people still believe Eudoxie is with Grand P for his money. The musician makes his money from music, endorsement, several businesses and many more. He is said to worth millions of dollars. 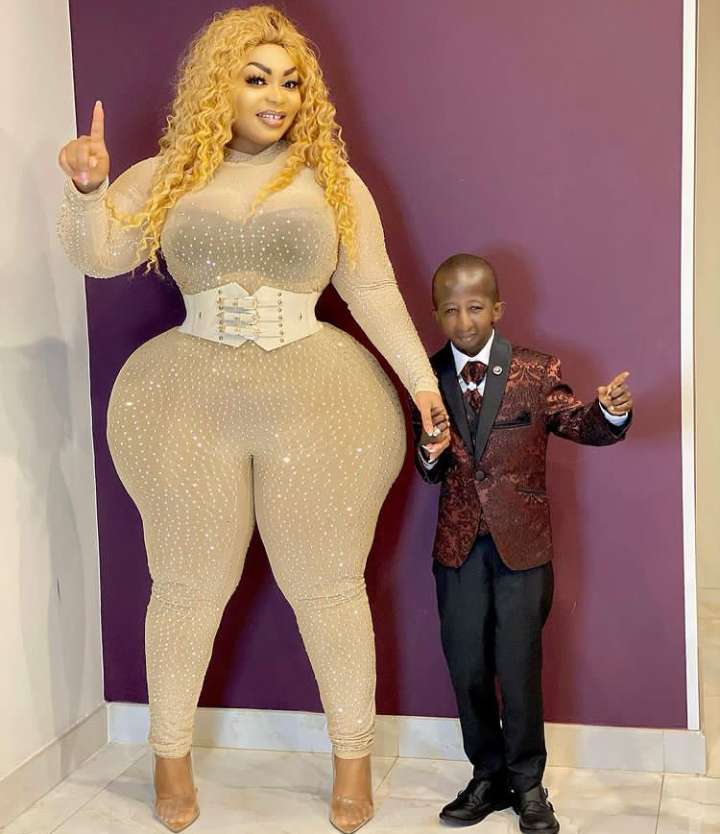 Do you know these couple before now? What is your thought on their relationship? Is Eudoxie there for Grand P' s money or she genuinely love him? Kindly share and comment.