Wife Stealing Ceremony: Meet The Lukata Tribe Of South Sudan Where Men Kidnap Girls In Order To Marry Them 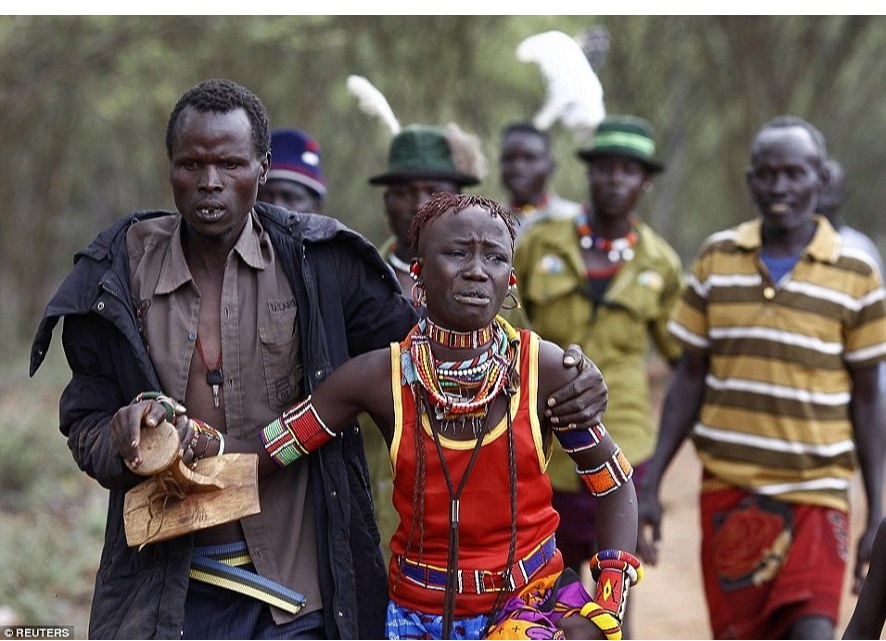 Marriage is union between two people who have pledged themselves to each other in the manner of a husband and wife. Marriage is a happy union for most people. It is based on trust and love.

In most tribes, when two people are interested in one another and intend to get , they typically seek the approval of their parents.

However, the same cannot be said about the Latuka tribe. Their marriage style is strange and also interesting. If you want to know more, read on. 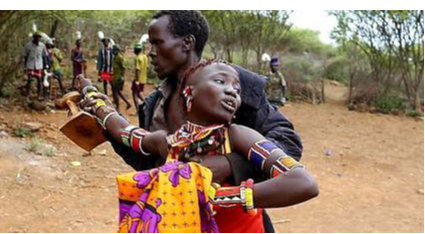 It is a small ethnic group located at the eastern part of South Sudan in East Africa. The people of Latuka are predominant farmers with large heard of cattle, sheep and goat. They practice subsistence farming, which means everyone farms for himself or his farming. They grow crops like groundnuts, sorghum, maize and tubers like yam and potato.

The Latuka people are mostly traditionalists who believe in nature and ancestral worship. Over the years, they have stayed true to their belief. They have defied all forms of religious penetration from the white missionaries down to the breeze of Islam which is major in North Africa. Another thing that’s interesting to note about the Latuka people is the fact that they promote a communal lifestyle in the tribe. They share what they have with one another and there’s no single person in authority, rather a group of elders. 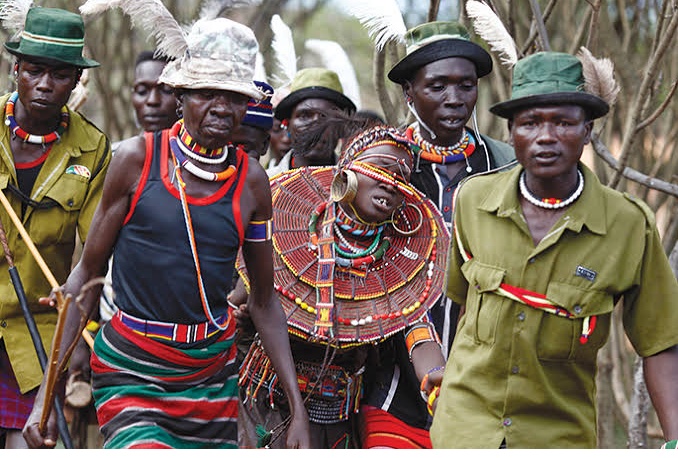 It is unsure how intense or extensive the beatings take but when a woman is spotted by a man and is kidnapped, it takes away her choice and right to make an input into which man she spends the rest of her life with.

In the Latuka tribe courting customs are still very different from the typical tradition you know. In Latuka , when a young man wants to marry a girl, he kidnaps her from her home. It is after this act that he goes to visit the girl’s father along with his elder male relatives to ask for the blessing to marry.

READ ALSO:Do You Know How The Titanic Sank? Survivors Give Real Life Account Of How The Disaster Occurred 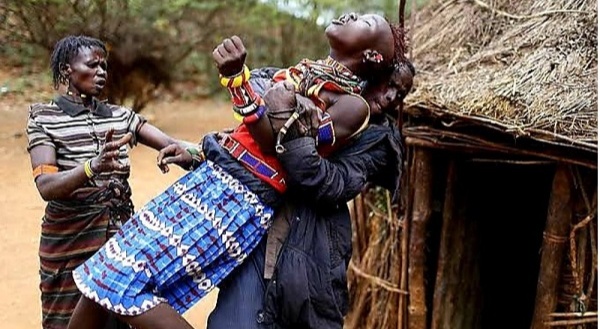 The father then has to respond with a ‘yes’ or a ‘no’. If he says yes and blesses their marriage, he is expected to beat his prospective son-in-law to show consent. However, if he says ‘no’, the young man is at liberty to return the girl to her father’s house or marry her as he so wishes.

However, when a man from the Latuka tribe desires to marry a girl, he has to first of all, kidnap her from her family home and thereafter, return to the family to officially ask for her hand in marriage.

The suitor asks the girl’s father for his daughter’s hand in marriage, along with elderly male relatives who accompany him.

Many have argued on this practice for long, wondering if it is right for a woman to be kidnapped and left without a choice to decide if she wants to be with a man or not. But others believe that what the Latuka do is similar to what happens in the Western world.

Ovahimba: Nambian Tribe That Welcome Offer S3x To Their Guest.

In another case of weird cultures in Africa, the himba tribe is noted for offering s3x to their guest.

This practice, referred to as “Okujepisa Omukazendu”, is common among Ovahimba and Ovazimba tribes in the Kunene and Pomusati regions, nomadic tribe in Namibia.

The phrase, “Okujepisa Omukazendu”, literally means “offering wife to guest”. It is a practice where a man decides to please a friend or a highly esteemed guest by allowing him to sleep with his wife the night of his visit. 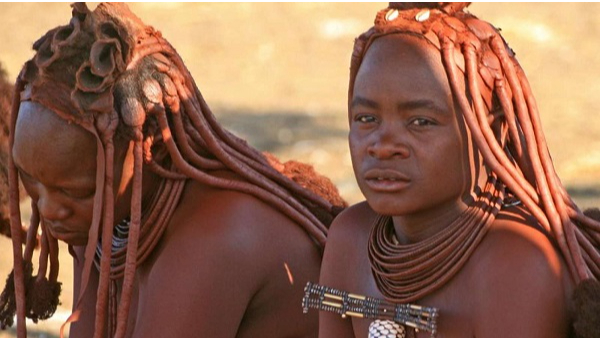 That practice night, the husband has to sleep in another hut altogether and in a situation whereby there is no other hut or room, he will sleep outside. Many might think that this practice is absurd or just plain evil but one thing we would always need to remind ourselves is that, that is their “normal”. Young boys and girls grow up knowing only that, the preservation of their culture is something we think is beautiful. Women who are borrowed to their friends or guests would be shocked at those who refuse to practice this cultural obligation as they find it to be more of a privilege.

For centuries the tribes have done it. Men who are friends can come to an agreement and let each other have fun with their wives.

This practice has been in place for generations in these Namibian communities. It started raising some global dust when Mr Kazeongere Tjeundo made a move towards soliciting for enshrining it init The Namibian Constitution. He argues that it should be made legal with some reasons which he felt are enough. This is what he said:

Its a culture that gives us unity and friendship, its up to you to choose [among] your mates who you like the most… to allow him to sleep with you wife, we just need to research more on how the practice can be regulated.

The headman of Oukngo Village, Uomiti Ruhozu, also said there is no reason why they should discontinue the ancient custom of sharing wives. He said HIV/AIDS can also be contracted by cheating spouses not in open relationships. According to Rohuzu, most men and women in Namibia already have more than one partner who they meet secretly, but the Ovahimba and Ovazimba men take away that secrecy aspect to relive their woes of stress and fear of being caught cheating.

They do not see it as a big deal, some say it helps to strengthen their friendships and reduces promiscuity, while others avow that it brings in variety, thereby making their marriages stand the test of time. It is left only in the discretion of the man to decide who to offer his wife to or not. The wives in this process has very little or no say in the matter, she has to humbly and wholeheartedly submit to the arms of the man she is offered to wether she likes him or not.

READ ALSO:Revenge Is Best Served So Ice-Cold: 5 Acts Of Revenge From History That Give Us Chills 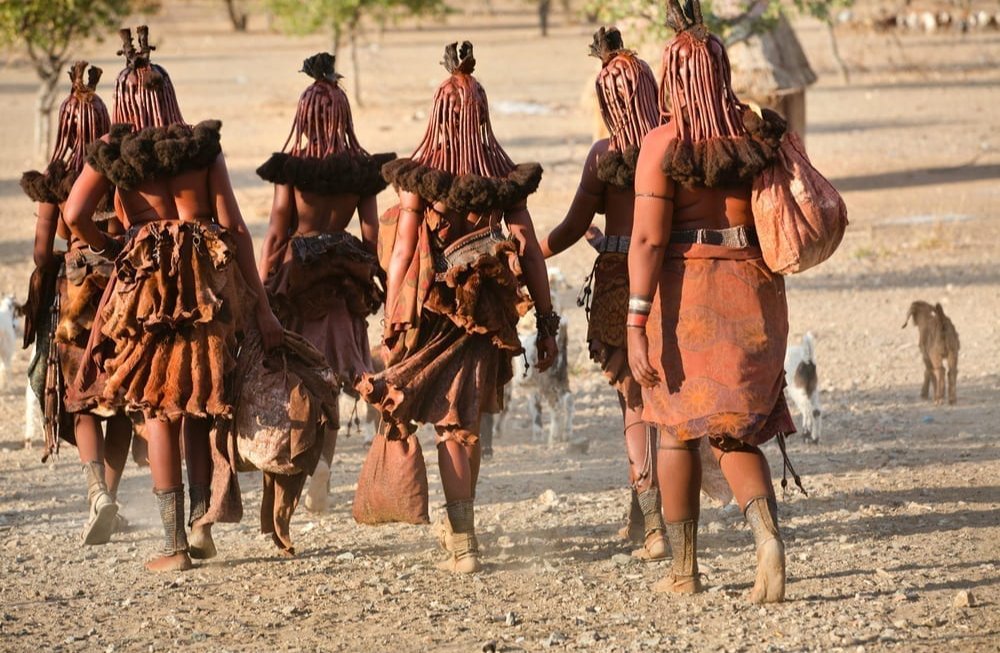 The chief of the otjikaoko Traditional Authority, Uziruapi Tjavara, is also strongly defending the customary practice of sharing wives with friends, despite its high potential of spreading HIG-AIDS. This is what he had to say about the matter:

"Sharing of wives is a unique traditional custom that smothers jealousy amongst both sexes and strengthens friendships. Hence, I advocate its continuation, together with HIV-AIDS education to minimise infections."

Some women in these communities give full support to the continuation, one woman says: “I did it this year, she said, and “I have no problem with the arrangement”. Its good because its part of our culture, why should we change it”.