WOW! See The Only Family In The World That Walks Like Dogs, They Walk With Four Legs

There is no time we do not hear or see strange things as time goes by, we have seen people with abnormal or abnormal body parts, which is usually caused by one deficiency or the other. Have you seen a family that walks like dogs? they do not walk like proper humans, they can't stand straight.

There is a family in Turkey, that walks on all fours do not walk like primates and are not an example of 'reverse evolution', scientists today claimed. The five brothers and sisters, aged between 18 and 34 and from a village in Hatay Province, south Turkey, have fascinated scientists across the world since they were first discovered in 2005.

They get around by 'bear crawling' on their feet and palms - and can only stand upright for a short time, with both knees and head flexed.

Earlier theories claimed the Ulas family's quadrupedal gait was similar to the movement of primates, suggesting 'a backward stage in human evolution'. 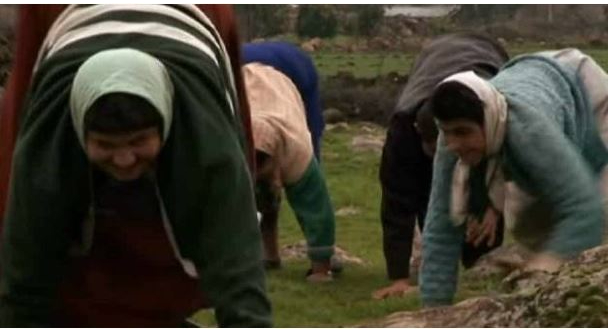 READ ALSO: EXPOSED! See Why People In Congo Must Continue To Eat Monkeys, Risking The Fear Of Contracting AIDS

But now, American scientists have concluded that the siblings' walk is an adaptation to an unforeseen and rare disorder. In a report published in PLOS One, the researchers said the family moves laterally - unlike primates, who walk in a diagonal sequence, repeatedly putting a hand on one side and a foot on the other.

They claimed the siblings' walk is, in fact, a by-product of a hereditary condition that causes cerebellar hypoplasia, complicating their sense of balance. To adapt to this condition, the family has developed quadrupedalism, they said. 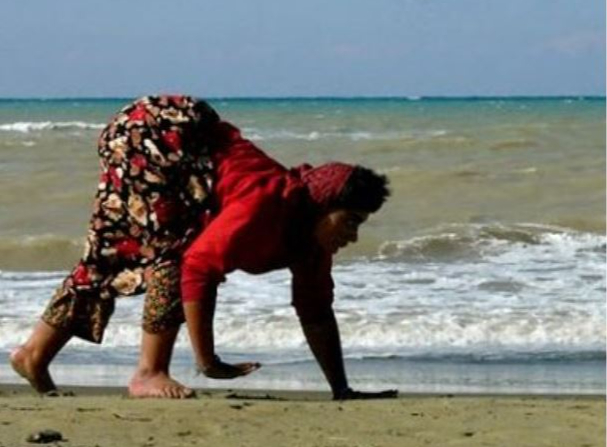 'I was determined to set the record straight, because these erroneous claims about the nature and cause of the quadrupedalism have been published over and over again, without any actual analysis of the biomechanics of their gait, and by researchers who are not experts in primate locomotion,' lead researcher Liza Shapiro, of the University of Texas, told The Washington Post.

'We have shown that the quadrupedalism resembles that of healthy human adults asked to walk quadrupedally in an experimental setting. [They do not] prefer the diagonal sequence/diagonal couplets gait characteristic of nonhuman primates.' In 2005, British researchers agreed in a separate study that the siblings' walk differs from that of some primates, noting that they put all of their weight on their palms and wrists, not their knuckles. 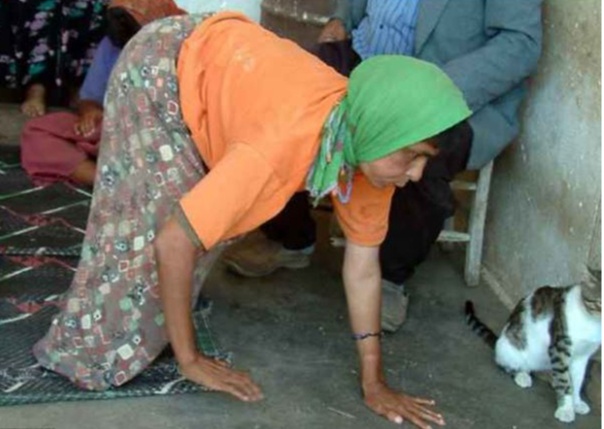 However, Turkish evolutionary biologist Uner Tan previously claimed that the siblings, who also appear to have brain damage, suffered from a condition called Uner Tan Syndrome. He declared that people affected by this syndrome walk with quadrupedal locomotion and are afflicted with 'primitive' speech and severe mental retardation, suggesting 'reverse evolution'.

The idea of reverse evolution was just a flash, an "aha" experience,' Mr. Tan told NeuroQuantology. 'I suddenly realized they were exhibiting the walking style of our ape-like ancestors. I was the scientist who first suggested the existence of reverse evolution in human beings.' 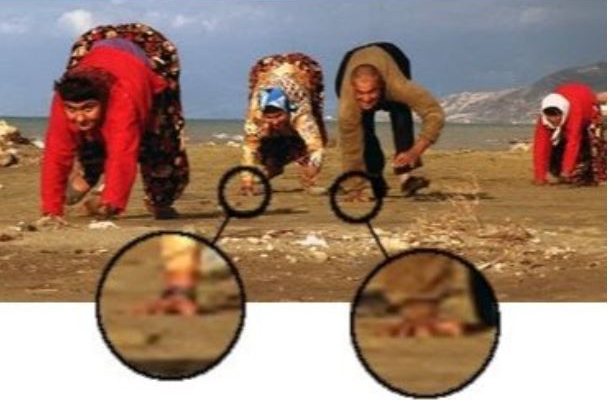 The siblings, whose parents walk normally, were first filmed in the 2006 BBC2 documentary, The Family That Walks On All Fours, which explored the science and story behind their plight. While two of the daughters and a son have only ever walked on two palms and two feet, another son and daughter sometimes manage to walk upright.

Professor Nicholas Humphrey, who visited the family twice during the documentary, said: 'It's amazing as an example of a strange, strange aberration of human development. But their interest is how they can live in the modern world.' 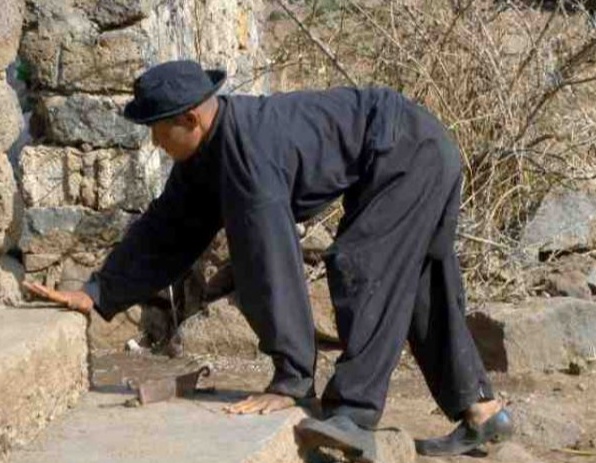 He said he thought the family had reverted to an instinctive form of behavior encoded deep in the brain but abandoned during evolution. 'I do not think they were destined to be quadrupeds by their genes, but their unique genetic make-up allowed them to be,' he said. 'It has produced an extraordinary window on our past.

It is physically possible, which no one would have guessed from the modern human skeleton.' He added: 'However they arrived at this point, we have adult human beings walking like ancestors several million years ago.'

The five siblings, who have 14 other brothers and sisters who are not affected by the condition, spend most of their time sitting outside the family's basic rural home.

However, one brother travels to the local village where he engages in basic interactions with people. The latest research was carried out by Ms. Shapiro, Whitney Cole, Scott Robinson, and Karen Adolph, all of New York University, Jessica Young, of Northeast Ohio Medical University and David Raichlen, of the University of Arizona.

READ ALSO: SRANGE! See Rituals Virgins Must Go Through Before They Marry In Ghana